The start of my Richmond Marathon experience: Mis-adventures with my Garmin 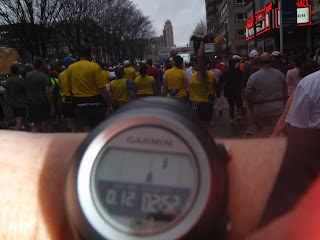 Garmen 405 at the start...notice the upper runner is already 1/2 bar ahead of me. But also notice I have not even gotten over the starting line 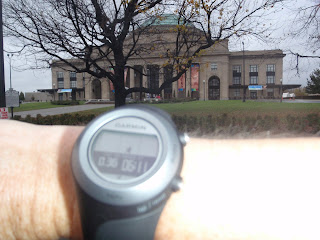 My garmen at the science museum about 1 mile into the race. You can notice the "competitor" at the top is now out of the screen (I told you it cheats!)

Tammy --I would love a Garmin!!!
Sounds like you are having fun with it. You lucked out with the 70 degree weather. It poured up here!!
Should be alittle colder for JFK...
brrrr:(
I plan to bring my camera along for the ride also at JFK, so hope to find you at the start!!!!!!!